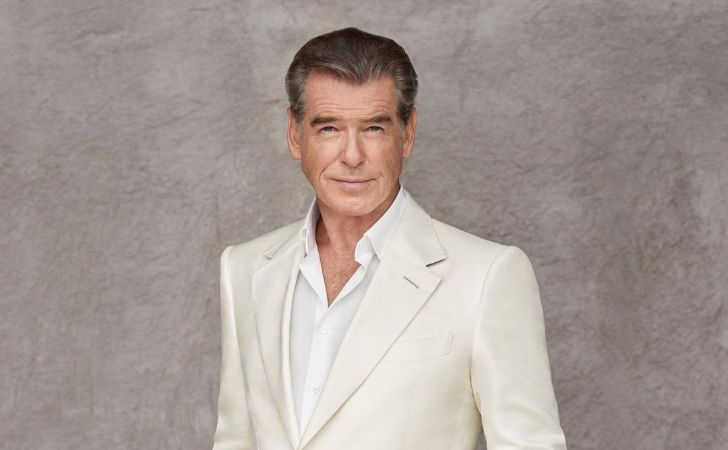 Pierce Brosnan is a well-known Irish actor, film producer, and environmentalist. In the Bond film series, he is most known for playing secret agent James Bond.

Brosnan has been nominated for two Golden Globe Awards, the first for the miniseries Nancy Astor (1982) and the second for the dark comedy picture The Matador (2005).

Similarly, actor Pierce Brosnan is a British order of chivalry of the Most Excellent Order of the British Empire (OBE). As an Irish citizen, he is ineligible for the full OBE honor, which is exclusively bestowed to citizens of the Commonwealth nations, but he is still permitted to use the letters “OBE” after his name.

Throughout his four-decade film career, actor Brosnan has played a variety of characters and received several accolades. Some of his most renowned Bond films are GoldenEye, Tomorrow Never Dies, The World Is Not Enough, and Die Another Day. His other successful and blockbuster films include The Fourth Protocol (1987), The Ghost Writer (2010), The November Man (2014), and many more.

Brosnan was born on May 16, 1953, in Drogheda, County Louth. He was the only child of May Smith and Thomas Brosnan who was a carpenter. He resided in Navan, County Meath, for 12 years.

When Brosnan was a baby, his father abandoned the family. His mother went to London to work as a nurse when he was four years old. From then on, he was mostly raised by his maternal grandparents, Philip and Kathleen Smith.

Michael J Fox Back To The Future, Movies, Age, Disease, Wife, Net Worth >>>

Brosnan grew up in a Catholic home. On August 12, 1964, he left Ireland for Scotland to be reunited with his mother and her new husband, William Carmichael, at their house in Longniddry.

His mother and stepfather eventually returned to London. He attended Elliott School in Putney. After dropping out of school at the age of 16, Brosnan chose to become a painter and enrolled at Saint Martin’s School of Art in London to study commercial illustration. He later studied acting for three years at the Drama Centre London.

Brosnan’s most distinguishing trait is his handsome face and unique accent. Pierce is gifted with short salt and pepper hair and blue eyes.

Pierce is also rather tall, standing at a height of 6 feet or 183 cm. His bodyweight is currently about 176 pounds or 80kg in general.

Pierce is most recognized for portraying the role of James Bond in James Bond films. In the Bond film series, he is the fifth actor to play secret agent James Bond. From 1995 to 2002, Brosnan appeared in four films:

The first, GoldenEye, grossed US$350 million globally in 1995. It has a Rotten Tomato rating of 78 percent. Brosnan made a triumphant comeback with 1997’s Tomorrow Never Dies and 1999’s The World Is Not Enough. In 2002, Brosnan reprised his role as Bond for the fourth time in Die Another Day, which received mixed reviews like the previous two.

Brosnan started in October 2004 that he considered himself ousted from the job. Daniel Craig assumed the post on October 14, 2005.

Brosnan has been married twice and widowed once. He has five children and three grandkids as well.

He met Cassandra Harris, an Australian actress, through her stepson David Harris, the nephew of Richard Harris. They began dating soon after. They tied the knot in December 1980. Sean, the wonderful couple’s only child, was born on September 13, 1983. Sean is also an actor.

Pierce and Harris also shared a home with Harris’ daughters, Charlotte and son Chris, whom Brosnan adopted after their father, Dermot Harris, died in 1986.

Harris become very sick in 1987. She was later diagnosed with ovarian cancer and passed away on December 28, 1991, at the age of 43. After the death of his first wife, Brosnan struggled to cope with the demise of his wife. On June 28, 2013, his adoptive daughter Charlotte also died of ovarian cancer.

Brosnan met American journalist Keely Shaye Smith in Mexico in 1994. They married in Ballintubber Abbey in Ireland in 2001. They have two kids, Dylan and Paris, together.

As of 2021, Pierce Brosnan’s net worth is $200 million. He is a well-known actor, and his major source of income comes from his appearances in various television shows and films, as well as brand endorsements.

However, given that this great actor shows no signs of slowing down, Pierce’s net worth can only rise in the future.

Salary and Earnings from James Bond Films: In all, Pierce Brosnan made about $48 million as James Bond.

The Brosnan’s purchased a home in Malibu in 2000. They ultimately purchased the adjacent land and constructed a 13,000 square-foot Tahitian-style house. Pierce and Keely have rented the property for $250,000 per month throughout the summer.

In 2015, a fire damaged a portion of the house. The house was devastated again in November 2019 during the Woolsey Fire, which destroyed most of Malibu.

Similarly, Pierce and Keeley plan to sell their Malibu home for $100 million in September 2020.

Pierce, like many other actors, thinks that social media is an essential aspect of an actor’s life. Social media aids in the promotion of their name in the mainstream media.

Not to mention, it’s an excellent method for them to stay in touch with their audiences and keep them informed. As a result, he used social media, and he now maintains profiles on two platforms: Instagram and Twitter.