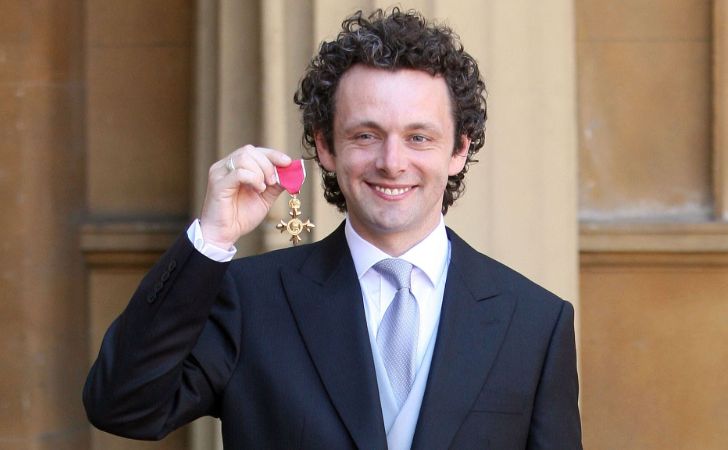 Michael Sheen is an actor and producer as well as has been involved in various political activities. Sheen has been active in the film industry for over three decades.

The actor is known for his peculiar style of acting. Sheen has played roles in diverse genres of movies and TV series in his long successful career.

Apart from the film industry Michael Sheen is active in charity work and is a political activist. Sheen has been able to captivate a large audience and entertain them with his work.

Sheen was born on the 5th of February in 1969, and his age as of writing is 53 years. The actor started acting in the theatre and plays during his teenage years and has been active since then.

Talking about his physique, he stands at a height of around 5 ft 10 inches or 1.78 meters. He has dark blonde hair and has recently been seen donning a beard for a few years.

Michael was born in Wales to a middle-class family. His father, Meyric Sheen, was a personnel manager, and his mother, Irene Sheen, worked as a secretary in a firm.

He spent most of his early childhood years in Newport, where he was born. The actor has a younger sister named Joanna.

After he was 5, the whole family migrated to another town called Wallasey, then to Glamorgan, where he lived for the rest of his teenage years. The producer, in his early years, was an athletic child.

He was an able footballer, and a football club named Arsenal even approached him to play in their youth team. But he couldn’t do so as it required him to relocate to London, which his family could not.

The actor started showing signs of acting talent at a young age. His parents were involved in various theatrical plays and dramas.

This helped Sheen get interested and dream of a future in the acting industry. During the same period, Sheen went on to join West Glamorgan Youth Theatre.

Sheen received his bachelor’s in Acting in the year 1991. After graduating, Michael mostly worked in theatre plays, where he got invaluable experience.

His first professionally substantial role in front of the camera was that of a character named Joe in Mystery!: Galloglass in 1993. The actor had previously worked professionally in theatres in plays like When She Danced, Romeo and Juliet, Moonlight, etc.

After 2000, Sheen predominantly worked in movies and content in front of the camera. The actor worked in many prominent works of a film like Bright Young Things, The Four Feathers, Heartlands, et cetera.

During this period, he received the role of Tony Blair in a movie named The Deal. This role helped him get nationwide fame and accelerated his career in film.

Michael Sheen Sold His House To Help The Poor

It always makes our hearts lighter and brings a smile to our face whenever we hear some star giving it all for the needy. On the other hand, Michael is somewhat different.

The actor sold his house in 2019 to ensure the Homeless World Cup won ahead in Cardiff. Recently this brilliant man has pledged to continue his good deed.

Michael said that he would be funding more projects from his work. He stated

“There was something quite liberating about going, alright, I will put large amounts of money into this or that because I will be able to earn it back again. I have essentially turned myself into a social enterprise, a not for profit actor.”

Furthermore, the actor had to step down into the bankroll of the Homeless World Cup while he was about to fund £2 million for the cause. He could have walked away from the proposal, but the actor chose to stand by his words, although he was broke at that time.

At that moment, Michael was scared and incredibly stressed. If he had opted to pay the amount, it would have taken longer. So, he sold his house in America to do whatever he could.

During that time, he had an epiphany that what he did was a good deed, and if he could keep earning money, this would not ruin him. Sheen was totally satisfied with the way he handled things.

Michael is no stranger to awards and critical acclaim. His works have consistently received positive reactions from both the audience and critics.

In 2010, he also went on to win BAFTA Britannia Award for British Artist of the Year 2010.

Sheen began his first known relationship with English actress Kate Beckinsale. Kate has appeared in many notable movies like Much Ado Nothing, Prince of Jutland, etc.

The couple met during their time in the production of The Seagull in the early months of 1995. They have a daughter named Lily from their relationship. Sheen and Beckinsale broke up in 2002.

Michael dated a dancer named Lorraine Stewart between 2004 and 2010. He then had a relationship with another actress named Rachel McAdams from 2010 to 2013.

Rachel McAdams has been seen in movies like Perfect Pie. Sheen also dated American comedian Sarah Silverman between 2014 and 2018.

Both have revealed the reason for their separation. He is currently in a relationship with Anna Lundberg.

She is a Swedish actress and has worked in movies like Writers Room, Last Train to Christmas, et cetera. The couple also has a daughter named Lyra, born in the later months of 2019.

According to various online reports, Sheen has a net worth of around $16 million. Most of his wealth comes from his works as an actor.

The actor is often seen participating in various charity events. He likes to contribute back to society with his money and time.

Sheen even went on to found End High-Cost Credit Alliance whose motto promotes affordable ways of borrowing money. He is also the vice-president of the Royal Society for Public Health, a ceremonial post.

Michael is mostly active on Twitter. He can often be seen there expressing views about matters concerning him. He also uses the platform to communicate with his fans and followers on social media sites.

No, Sheen does not appear in any Lord of The Rings movies.

Kate Beckinsale and Michael were in a serious relationship with each other. But unfortunately, they never got married. They have a daughter named Lily.

Sheen is a politician by profession but has always been clear and vocal about their political beliefs.