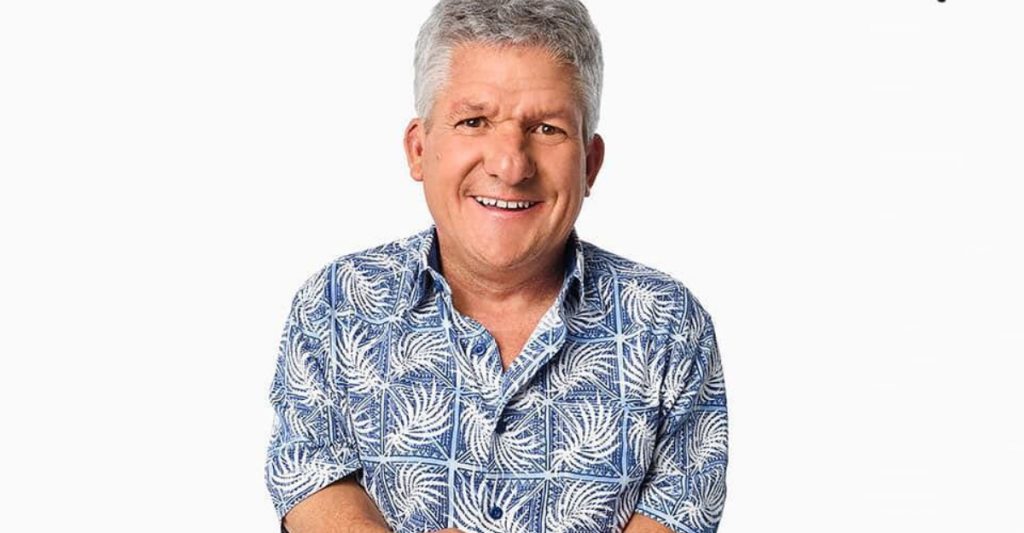 Matthew James Roloff is an American television personality, farmer, author, business entrepreneur, and motivational speaker who is well known for participating with his family on the TLC reality television program Little People, Big World. Matt Roloff net worth seems attractive due to his hardworking on his lifetime career.

Similarly, Matthew was an extra in the film Under the Rainbow in the early 1980s. After that, he featured as Ewok with Crutches in the 1985 Star Wars T.V. movie Ewoks: The Battle for Endor.

The television personality worked as a computer programmer for various Silicon Valley companies in the late 1980s. Later moved to Beaverton, Oregon, to work for Sequent Computer Systems.

Matt Roloff Net Worth and Income

Matt Roloff has a net worth of $6 million as of 2022. The primary sources of his income are his shows, books, business, and farmhouse.

Likewise, he has diastrophic dysplasia and obtained his net worth by starring in the TLC reality program Little People, Big World (2006–present), which follows the Roloff family. The show shows how they live with dwarfism.

Similarly, Matt and Amy bought their first property of 109 acres in 1990, located in Helvetia, Oregon. However, the couple paid $185,000 for this and bought multiple neighboring lots.

In the same area, they built a 4,500-square-foot primary residence while unfortunately adding many unique attractions on the grounds. Nowadays, the ground of residence contains:

In 2016, they planned to separate; however, the duo continued to co-own the property. Although, Matt bought Amy out of her share in 2019. Likewise, he listed the primary 16-acre section of the property, including all of the above equipment, on the market for $4 million.

Talking about his car collection, he bought an older mini-van Chrysler Town & Country. It costs $40,000 approximately.

Similarly, the businessman has gifted a car named Volkswagen Beetle to his youngest son Jacob. The car costs around $30,000.

Matt is the former president of Little People of America. However, the television personality also co-founded and worked as President of Coalition for Dwarf Advocacy, a non-profit for short-statured individuals.

Additionally, he established Direct Access Solutions, which sells a Short Stature Accessibility Kit to hotel chains. The tool is primarily for little people and people of short stature to ensure a safe hotel stay.

Moreover, the author has traveled to Iraq three times to visit U.S. troops. The businessman helps an Iraqi family to get medical attention for their three children with dwarfism.

In 1990, Matt and his wife, Amy, purchased a fixer-upper farmhouse on 34 acres in Helvetia, Oregon. Likewise, he worked to create Roloff Farm. It has features like pumpkins, a three-story tree house, a pirate ship on a lake, a regulation soccer field, a full-size Medieval castle, a mine shaft, a volleyball court, and tunnels.

Besides that, there are also outbuildings and restored barns. Hence, the Roloff Farm is open to the public during certain seasons of the year, like pumpkin season.

At that time, around 30,000 visitors come to visit there. In 2010, the Farm expanded with the purchase of the 80-acre land next to the farm.

However, Roloff was born with diastrophic dysplasia and degenerative dwarfism. The dwarfism caused him to have fifteen operations, although he was a child.

He has three siblings, two brothers named Joshua Roloff and Sam Roloff and a sister Ruth. His siblings are of average height, as is his older sister.

Moreover, the younger brother, Sam, is an artist and founder of Back-Story Underpainting. Sam also has diastrophic dysplasia and uses crutches to walk as well. Matt’s middle brother Joshua was born with severe heart malformation, although he died in 1999 at 34.

Sadness hit the Roloff family when Matt Roloff posted this news. The talented actor took it to Instagram and shared the news about his father. His father, Ronald James Roloff, was a very well-known man.

This heartbreaking news came up as his father left the world at 84. What Matt has to show this is the fact that his father lived a complete life. At the time of Ronald’s death, Matt did read out the verses of the Bible for his father.

Age and Height| How Tall Is Matt Roloff?

The business entrepreneur has an eye color of brown and hair color of grey.

Matt Roloff met Amy Roloff at the show Little People of America convection in 1987. After a few months, both tied a knot on 12th September 1987.

After being the parents of four children, they publicly expressed that both were interested in divorce in March 2014. Interestingly, on 5th June 2015, Amy and Matt went on to officially announce they are parting ways, and the court finalized their divorce in May 2016.

In their career, both the talented performers have owned a 100-acre farm near Helvetia, Oregon. The farm is pretty much open to the public in October, featuring various attractions such as a pumpkin patch.

Similarly, a woman who once visited the farm charged the Roloffs, stating to have fallen due to their higher level of negligence in safety procedures. But the pair went on to dismiss the wrongdoing, and the case was settled out of court in 2013.

Matt bought the farm from his wife after the separation. His wife purchased a new home in Oregon. However, the Roloff also owned Roloff Farms Salsa, a pumpkin salsa company.

Currently, Matt is dating his long-term girlfriend, Caryn Chandler. She was working as the farm’s manager for a decade. Both have been dating since his divorce from Amy.

Although Caryn had also divorced, according to Little People, Big Wolrd, the viewers thought she married her husband, Joseph Chanler, for 20 years and shared two children with him.

Instead, there was a lot of gossip surrounding Matt and Caryn’s relationship because they saw one another while Matt was still married. Whatever, they still seem to be going strong nowadays.

The couple had four children and have fraternal twins, Jeremy and Zachery. They were born in 1990. The couple were able to have their third child, a daughter Molly born in 1993.

Although their other three children are of average height.

Matt Roloff was featured as an extra in the movie Under the Rainbow. Similarly, the actor appeared as an Ewok in a Star Wars T.V. movie, Ewoks: The Battle for Endor.

The television personality is good friends with a fellow little person and actor, Martin Klebba. Klebba is featured in the Pirated of the Caribbean movie franchise and is also a member of a leading athletic club for little people, the L.A. Breakers.

Additionally, the author served as a computer programmer for Silicon Valley companies, including Altos computer systems. At that time, he sold systems software to Fortune 500 companies.

He also worked with Sequent Computer Systems in Beaverton, Oregon. He left the job after the pregnancy of his wife Amy and moved to the Portland area in 1990.

Furthermore, he also has several other business ventures. However, the businessman has shown in Little People, Big World that he co-founded Direct Access Solutions.

In August 2005, Little People, Big World was released. Although, it was shouted 320 days a year for six seasons. The television personality, Roloff, is an executive producer of the show.

However, the first season took seven months to film. Matt is shown again taking a job in computer sales for the software company Amdocs at the completion of the initial season of the show. In that season, he worked as a consultant.

Likewise, Matthew traveled to Iraq in 2008 to help an Iraqi family with three dwarf children who needed medical attention. Although, his trip was the subject of the season-ending episodes of the fourth season of Little People, Big World.

Moreover, the news was covered by CNN and other national news outlets. In 2008, the entire Iraqi family was featured on The Oprah Winfrey Show.

The Roloffs started shooting another season in the summer of 2012. He started a spin-off titled Little People Big World: Wedding Farm.

After shooting six episodes, the show was released in November 2012. Again, the next play, Little People, Big World: Conquering Mt. St. Helens, was released in March 2013.

The show was about where Zach and Amy train to climb Mt. St. Helens, and matt builds a one-room schoolhouse.

Matt is a passionate motivational speaker listed in the American Program Bureau. He is also a member of the National Speakers Association.

Although, his speeches usually cover inclusion, overcoming odds, and sales leadership. The television personality has spoken at corporate events for companies like Tyson Foods, Walmart, and United Healthcare.

Moreover, during their annual conference, Roloff has spoken for associations such as the Associations of Legal Administrators (ALA). Add that with the Kansas State Council of SHRM, the Manitoba Childcare Association, and the Illinois Holocaust Museum and Education Center.

Additionally, this actor was the keynote speaker at the Kids Included Together (KIT) International Conference on Inclusion 2013. Likewise, Matthew also speaks at universities and has spoken at the institutions.

In 2011, the author gave a speech on diversity at the 8th annual diversity conference at Indian Hills Community College.

Furthermore, the businessman has featured as a celebrity guest on various shows such as:

Matt Roloff has authored three books. His first book, Against Tall Odds: Being a David in a Goliath World, was released in 1999 with the help of a ghostwriter.

Likewise, his second book Little Family, Big Values: Lessons in Love, respect and Understanding for Families of Any Size, was released in April 2007.

His second book was introduced on Amazon.com credits The Roloff Family and Tracy summer, the same ghostwriter that helped with his first book.

Similarly, his third book Little Lucy, Big Race released in May 2018 and is dedicated to his grandson, Jackson.

Matthew cased Washington County, Oregon, in 2013. At that time, a county building inspector was suspended from entering their property without permission or a warrant.

Talking about his illegal issue, the author had been charged for driving under the authority before he agreed wilfully to enter an alcohol diversion program.

However, the arrest proceeded from an incident in which Roloff changed the vehicle’s direction off the road and into a ditch. Hence, the charges were dropped upon his completion of the program.

Similarly, the television personality was also moved to the roadside by Washington County Sheriff’s Deputy and charged with DUI on 19th June 2007.

The duty officer said that Matt was driving outside the travel lane after leaving a bar parking lot. But the businessman claimed that he was not responsible for the DUI charge.

The bar parking lot was used as a meeting spot, and he did not see Roloff drinking that night. Later, judge Donald LeTourneau dismisses the case due to jury misconduct and inability to prove the case beyond a reasonable doubt.