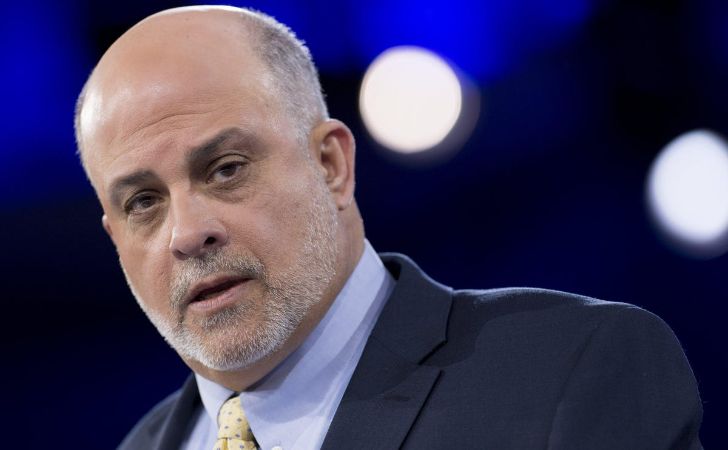 Mark Levin is a prominent American lawyer, author, and radio personality. The lawyer Mark Levin net worth is whopping, which he earned as the host of the show “The Mark Levin”.

Mark Levin is highly popular as the host of The Mark Levin Show, one of the country’s most respected political radio shows, and Life, Liberty & Levin on the Fox News Channel.

He has been described as “right-wing” by The New York Times, CNN, NPR, and Politico. As he endorsed Ted Cruz in 2016 and declared himself “Never Trump,” but eventually endorsed Donal Trump after Trump won The Republican nomination. During the Trump presidency, Levin’s commentary has become strongly pro-Trump.

The TV host Mark Levin has a whopping New worth of $50 million. He has accumulated all his wealth solely from his profession as a lawyer, author, and radio personality.

In 2014 Politico reported that Levin receives a salary of more than $300,000 per year as president of  Landmark Legal Foundation the non-profit.

Mark served in President Ronald Regan’s administration and was chief of staff for Attorney General Edwin Meese. He has also contributed commentary to various media outlets such as National Review Onlne.

He is also the author of several well-selling books. Levin has signed a ten-year contract extension with Westwood One which will elapse in 2025.

Mark is the author of several books, beginning with “Men in Black: How the Supreme Court Is Destroying America. His next book is a non-fiction work about his experience rescuing a dog from a local animal shelter in 2005 tittle: “Rescuing Sprite: A Dog Lover’s Story of Joy and Anguish“.

In 2009 he released “Liberty and Tyranny: A Conservative Manifesto” which became a # 1 New York Times Bestseller for eleven weeks.

Moreover, In 2012 he wrote “Ameritopia: The Unmaking of America”. “The Liberty Amendments: Restoring the Ameican Republic” 2013 debuted at # 1 on the New York Times Best Seller List”.

“Plunder and Deceit: Big Government’s Exploitation of Young People and the Future” was published in 2015.   Levin’s “Unfreedom of the press” was out in May 2019 and it became the number one best-selling book on Amazon pre-sold out three days before its official release.

He is also involved with the charity Move America Forward, which sends care packages to soldiers serving overseas. Levins also uses his radio program aid to promote military families and participates in Freedom Concerts, an annual benefit given to fallen soldiers’ families.

Levin owns an incredible home in Florida. No more information is available about his house and car collection.

Furthermore, He belongs to a Jewish family and is one of the three boys. His childhood was up in Erdenheim as well as Elkins Park. His father’s name was Jack E.Levin (1925-2018) authored several books, and his mother Norma Levin was a housewife.

He has two brothers named Chase Levin, and Lauren Levin.

Height and Weight of Mark Levin

This talented host graduated from Cheltenham High School after three years, in 1974, not appearing in his senior year of high school.

Later in 1977, he won an election to the Cheltenham school board on a platform of reducing property taxes. In 1980 Levin earned a J.D from Temple University School Of Law.

Mark Levin was married to Kendall Levin. The ex-couple married in August 1985 but eventually divorced in March 2010.

They had two kids: a son, Chase Levin, and followed by a daughter Lauren Levin. Currently, the lawyer is married to his lovely wife, Julie Prince.

What’s interesting is the fact that Mark has hardly talked about the date of their meeting. Other than the couple enjoying a healthy relationship, the conference date is unknown to anyone. Hopefully, Mark comes out talking about her wife, and we can update the readers about it.

On 13th June 2021, on the episode of Life, Liberty and Levin, He mentioned he has heart disease. Levin suffered a heart attack in early 2000 and had open-heart surgery.

After graduating, Levin got a fruitful job in Texas Instruments. In 1981, he began wokring in the administration of President Ronald Reagan. Added to that he was subsequently, appointed the chief of staff to Attorney General Edwin Meese.

Later, he left the Regan administration, and Levin practiced law in the private sector. In 1991 he joined Landmark Legal Foundation public interest law firm as president and reportedly was paid $300,000.

However, he stepped out as president of landmark Legal but stayed on its board of directors. Levin made his golden broadcasting debut as a guest on a talk radio program which Sean Hannity noticed and began to feature him on his radio show.

Eventually, Levin received a radio slot of his own on WABC which adds to his fame. In 2006 The Cumulus Media Network began syndicating The Mark Levin Show. On 11th Februar2016, he signed a 10-year contract extension with Westwood One, which will take his show through 2025.

In 2014, He has the founding editor-in-chief of Conservative Review, a multi-platform online TV network. Levin signed with Fox News for a Weekend show titled Life, Liberty & Levin.

Mark Levin has an impressive number of loyal fans on his social media pages where he puts through a bit about himself. He is currently active on

Mark Levin was married to Kendall Levin. The ex-couple married in August 1985 but eventually divorced in March 2010. Currently, the lawyer is married to his lovely wife Julie Prince.