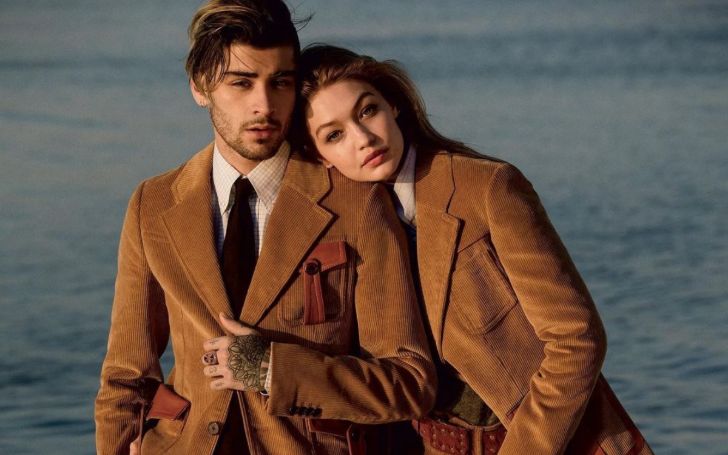 Supermodel Gigi Hadid and singer Zayn Malik called it quits after being together for a couple of years. The duo was considered one of the envied couples in the industry and was delighted to welcome their first child Khai on September 19, 2020.

Finally, the fans were in peace to know that their favorite couple was together, and there was very little probability that they would break up after having a kid. However, Gigi’s mother, Yolanda Hadid, confessed that she and Zayn had a physical altercation.

Upon knowing this, the singer denied the fact in his social media earlier today. Back on October 28, Zayn reported that,

“I have agreed to not contest claims arising from an argument that I had with my partner’s family member who entered our home while my partner was away several weeks ago. This was and still should be a private matter.”

Added to that, Zayn also mentioned that there is divisiveness between them at the moment. Despite his will and effort to restore the family to a peaceful environment to raise their kid, things got a little bit hasty. One source reported that they are no longer together but are working hard to co-parent their one daughter Khai.

5 Reasons Why Squid Game Is A Big Disappointment!!!>>

There is no denying that Gigi’s mother is very protective when it comes to her child and granddaughter. All she expects is for them is to have good things in their life.

Malik even elaborated on the fact that the Real Housewives of Beverly Hills actress should reconsider her false allegation and move towards healing their family in private.

In addition to this, the model’s rep reported that,

“For the time being, Gigi is solely focusing on her daughter Khai and doing what is best for her. She is asking for privacy during the time. “

Furthermore, Hadid’s mother has not come up with any statement in the media regarding this matter. In fact, the Dusk Till Dawn singer also provided the same statement that he wants what is best for his daughter.

As a matter of fact, Gigi and Malik have been going on and off since 2015. Later in 2019, they got back with each other and were madly in love with each other. However, their bond became inevitable when Gigi got pregnant with their baby.

Ozark Season 4 Trailer, Release Date, and What to Expect >>

The ultra-private couple has been keeping everything with themselves regarding their baby. Although the duo has posted some of the pictures in the media with their baby, they have not yet revealed her face in the media.

It clearly shows that the parents of Khai are very protective of the baby. As they already have broken up twice before, nothing can be said whether they will patch up or not in the future. This time we think it is over.