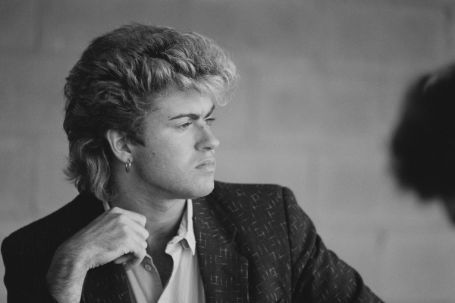 George Michael is a legendary singer who played a major role in transitioning the music industry from one phase to another. As a result, this sensation has become one of the greatest artists in history and has established himself as a pop culture icon.

From the time he embarked on his solo career, Michael produced many single hits. Some of them like Last Christmas, One More Try, Careless Whisper, Father figure, Wake Me Up Before You Go-Go Sexy Sax Man, Jesus to a Child are still famous.

Despite George’s luxurious life and prosperous career, he did not get a chance to live much longer. As you might have guessed, he is not among us physically, but his voice and music will always linger around our ears and played on every radio station and tv show.

As a matter of fact, George did not have any family at the time of his demise and was very vocal about his sexuality. In this article, we’ll take a dive into his personal life and get to know him better.

What Is The Real Name of George Michael? Where Was He Born?

Many are well aware of the fact that this singer was born Georgios Kyriacos Panayiotou. He was raised in the fine city of the east, Finchley, London.

His beloved mother, Lesley Angold, was an avid dancer, while his father, Kyriakos Panayiotou, was a Greek Cypriot restaurateur. Sadly he lost his mother in 1997.

As a matter of fact, his father was non- Jewish, and his mother was Jewish. During the time of World War II, she lived in fear and did not teach her children about Jewish culture and background.

Not to mention he spend a significant time of his childhood in Kingsbury, London. Moreover, George was blessed to have two sisters. Young Melanie was born in 1960 and died in the year 2019.

On the other hand, his other sister Yioda who was born in 1958, is still alive. According to Michael. His passion for music spiked when he was injured at the age of eight on his head.

Talking about education, this man has been at the Bushey Meads School located in Bushey. During that time, he befriended fellow singer and songwriter Andrew Ridgeley. Later, Andrew joined him in his music career.

How Did George Michael Died? How Old Was He?

According to reliable sources, he was suffering from dilated cardiomyopathy with myocarditis and fatty liver. It means that his heart was inflamed, weakened, and enlarged.

It was a fine Christmas day when he was declared dead at his home in Goring on Thames, Oxfordshire. The Thames police later revealed that George’s death was unexplained and unsuspicious.

Other than this, the court has not shared any detailed information about his condition. However, the court and Michael’s family asked the fans and the public to respect their privacy.

What Was George’s Sexuality? Who Was He Dating?

Back in 1983, Michal was linked up with famous dancer Pat Fernandez. Their relationship went on for a year after they decided to part their ways in 1984.

Soon after that, he was romantically involved with beautiful Chinese makeup artists Kathy Jeung. They were a thing for four years and eventually broke up in 1989.

Later, George confessed that he was gay and fans were shocked to know this news. Surprisingly he dated a handsome fashion designer named Anselmo Feleppa in 1991.

Unfortunately, Anselmo died of AIDS, and paid tribute to him with the song Jesus to a Child. This fact saddened him, and losing his mother and partner within a three-year gap was unbearable.

Eventually, Michael suffered from depression. Although he lost the love of his life in the most tragic way possible, he fell in love with handsome man Fadi Fawaz in 2015.

Among all, the most long-lasting relationship that George ever had was with Kenny Goss. It is reported that both of them were inseparable for 13 years. Interestingly the art dealer and the singer planned to walk down the aisle in a civil partnership ceremony.

Did George Michael Have Any Kids? Does He Have A Daughter?

A Swedish woman, Ulrika Lilemor Alfa Wonwolf, claimed that she spent the night with Careless Whisper singer in 1997. Not only that, but she also claims that she became pregnant with his child.

Surprisingly the DNA reports totally matched with George but may claim it to have been faked. As a matter of fact, his son is now 23. She also elaborated on the fact that she told Michael about the pregnancy.

Therefore he used to visit her and the baby in Sweden on any occasion. Ulka confessed that George gave her some amount of money to take care of the child.

Contrastly, Michale denied having any children in an interview, saying

“Thank god I don’t have children – can you imagine being George Michael’s son or daughter.”

The lady also said that “My son is most definitely real… I am absolutely not crazy or wanting attention. This is all about true love.”

Furthermore, it was surfaced that George was planning to start a family with his then-boyfriend Fadi. Added to that, he was also looking forward to adopting the baby in 2017 after all those years.

Furthermore, he had a godson named James Kennedy. George and James’s father grew up together in the small village of Greece.

What Is The Net Worth of George Michael?

After dedication a tremendous amount of time to the music industry, it was obvious that George made a hefty amount of money from his career. At the time of his demise, George’s net worth ticked around $200 million.

As a matter of fact, he had sold more than 100 million records all over the world and got a tag of best-selling music artist of all time. Even more, he had bought a lavish house worth $12 million named Highgate House in North London.

After his untimely demise, this house belonged to his sister Melanie. Moreover, he also owned a 16th-century cottage in Goring on the Thames, Oxfordshire.