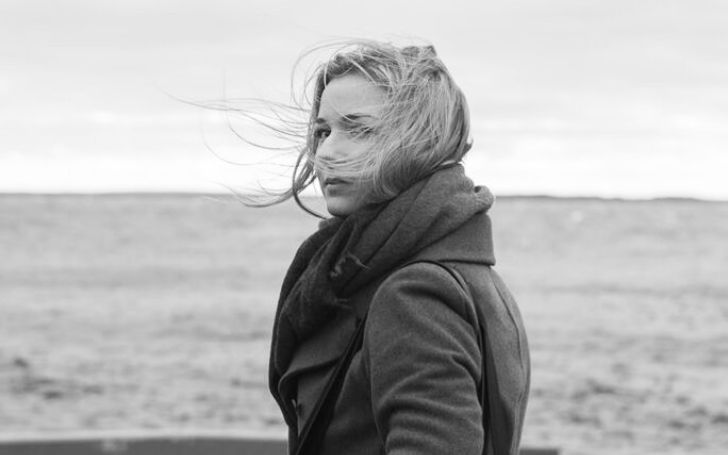 Emily Irene VanCamp is a Canadian actress best recognized for her leading appearances in television programs and her stunning films. The actress is renowned in both the Canadian and American television and film fraternity. Emily grew interested in acting when she was 12 years old after seeing her elder sister Katie performing on the stage.

Irene began taking acting lessons and giving auditions after discovering her passion for performing. VanCamp started with a few commercials and was quickly cast in the Canadian children’s horror television series, Are You Afraid of the Dark? Where the girl appeared in only one scene with no lines.

Emily landed her first significant role at the age of 15 when the actress was cast in the WB sitcom Glory Days. Even though the show got terminated after nine episodes, Emily’s performance got the attention of Dawson’s Creek writer Greg Berlanti, who allowed her to star in his television program, Everwood.

The actress is also remembered for her portrayal of Sharon Carter/Agent 13 in the American superhero movie franchise Captain America: The Winter Soldier in 2014 and Captain America: Civil War in 2016.

Emily VanCamp was born in Port Perry, Ontario, on May 12, 1986, to Cindy and Robert VanCamp. Her father worked as an animal nutritionist. Alison VanCamp, Molly VanCamp, and Katie VanCamp, a former dancer who later became a children’s book author, are her three sisters.

According to Emily, her main inspiration in life is her sister Katie, who helped her in every step of her life. The actress is also a well-trained dancer and loves to teach people dancing whenever she is free.

Due to her ancestral history, Emily is Dutch and Belgian by ethnicity and belongs to Canadian nationality. The actress grew up in an English-French speaking family so, she knows French and can fluently speak it.

Age And Body Measurements| How Tall Is Emily VanCamp

As of May 16, 2021, the actress is 35 years old. The actress recently celebrated her 35th birthday. And when it comes to her body, Emily has a gorgeous figure and is 5 feet 8 inches tall. And her weight is around 56 kg. Similarly, the actress has an enviable physique, measuring 34-24-35 inches. This beautiful actress has a stunning pair of dark brown eyes and blonde hair.

Since Emily works in the entertainment industry, she must maintain a healthy body and glowing skin. So, to keep that, the actress follows a strict workout and diet routine. The diva has cheat days once in a while, though.

Because of her dedication to fitness and well-being, the actress slips perfectly in a size 4 (US) dress. Furthermore, her shoe size is 8(US).

Emily VanCamp grew up in her hometown, Port Perry, Ontario. There are not many details about the actress’s academic qualifications. However, we can enlighten you about her learnings as a dancer.

Emily began taking dancing classes when the actress was three years old. VanCamp persuaded her parents to join a summer training dance program in Montreal when she was 11 years old to become a professional dancer.

The actress was accepted into the École supérieure de ballet du Québec in Montréal, the dancing training program of Les Grands Ballets Canadiens, when Emily was 12 years old.

After getting that opportunity, Emily relocated to Montréal and began living with a French-Canadian family. Meanwhile, the actress also studied ballet, jazz, hip-hop, and tap dance.

Emily VanCamp got the knack for acting after visiting a set where her older sister was performing as a dancer. Emily was just 12 years old at the time. When he actress was 13, she earned her first acting role in the children’s horror TV series Are You Afraid of the Dark? in 1999. However, Emily was just in one scene with Elisha Cuthbert.

VanCamp landed a role in the lesbian-themed film Lost and Delirious in 2001, playing Jessica Paré‘s sister Allison Moller. That same year, she appeared in All Souls and Dice on television.

Then came her role as Amy Abbott in the American drama television series Everwood, which received great acclaim and was a big success of her career. The show was made by Greg Berlanti and broadcast on The WB for four seasons.

Following the success of Everwood in 2006, Emily landed a part in the American TV series Brothers & Sisters in 2007. It ran for five seasons on ABC. VanCamp played Rebecca Harper for four seasons and appeared in a few fifth-season episodes as a guest star.

VanCamp starred as Emily Harris in the indie film Norman in 2010. Her character was the girlfriend of Dan Byrd‘s primary character, Norman Long. Emily earned honors for her performance in this film at the San Diego Film Festival and the Breckenridge Film Festival.

The gorgeous actress also worked in the TV miniseries Ben Hur, which broadcast on Canada’s CBC network and subsequently on ABC in the United States in the same year. The series was directed by Steve Shill and was based on Lew Wallace‘s novel Ben-Hur: A Tale of the Christ.

In 2011, Emily starred in the Hallmark Hall of Fame film Beyond the Blackboard. VanCamp portrayed Stacey Bess, a teacher, based on Stacey Bess’s memoir; Nobody Don’t Love Nobody. On April 24, 2011, CBS aired the film. In the same year, the actress landed the lead role of Emily Thorne / Amanda Clarke in the ABC television series Revenge, which ran till 2015.

In the 2015 indie film, Emily VanCamp appeared based on an accurate tale, The Girl in the Book. Emily portrayed Alice, a book editor and writer’s assistant. The film’s creators raised more than $65,000 through crowdsourcing.

VanCamp then starred in the French-Canadian indie film Boundaries, directed by Chloé Robichaud, in 2016. The movie made its world debut at the Toronto International Film Festival.

In 2018, she began her role as the female protagonist, nurse practitioner Nicolette ‘Nic’ Nevin, in the medical drama series The Resident. The series started with a 14-episode season before being renewed for a second season in May 2018. The program has been nominated in Teen Choice Awards in the category Choice Breakout TV Show.

Her dating rumors started way back in 2002 when the actress was supposedly dating Guardians of the Galaxy star Chris Pratt. The duo met on the sets of the Tv show Everwood, where they played with each other’s siblings. This relationship stirred many controversies since the actress was just 17 years old when they started dating. However, they later broke up in 2006, and reasons were never disclosed.

Then there were talks about Emily dating the actor Dave Annable in 2007. This time not much was known about their relationship, but the following year, the rumors started flying the couple has allegedly broken up.

Then in the year 2010, the actress had a short-term relationship with the British actor, Joseph Morgon. Apparently, they met on the sets of Ben Hur, got connected, and split up instantly.

Then in 2011, actor Josh Bowman entered her life. After dating for almost six years, the couple got engaged in 2017. They met on the sets of Revenge and fell in love while filming it. The couple is often spotted and public gatherings and on vacations. Then in 2018, the actress announced their marriage via Instagram post.

Net Worth| How Much Does Emily VanCamp Earns?

Canadian-born actress Emily has been working in the Tv-Film industry for almost 22 years and has delivered some very successful roles. Through her undying hard work and dedication, Emily has earned an excellent net value for herself.

Not only movies, but she has also been the brand ambassador for many luxury brands and has appeared in many events. So, after inculcating all her hard work throughout the years, her net worth is approximately $10 million.

And as per some reports, she per episode pay is whopping $55 thousand, which equivalents to almost $500 thousand annually.

Emily VanCamp is big-time social media savvy and is currently active on two platforms – Instagram and Twitter. The actress continuously posts pictures of her work or vacations to keep her fans updated.