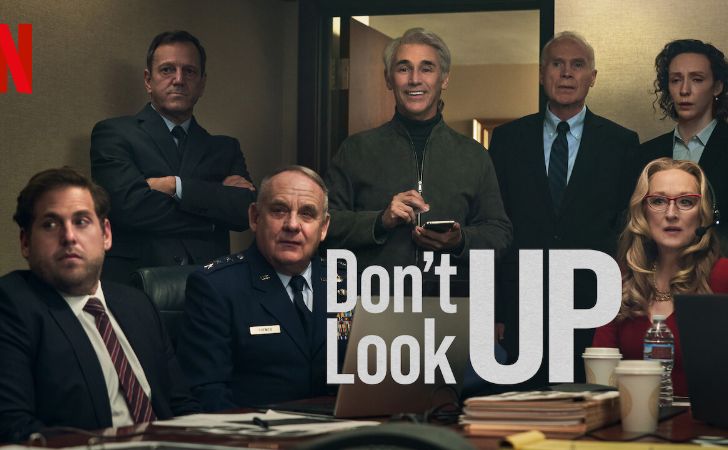 Here we go!!!! Leonardo DiCaprio’s film Don’t Look Up, directed by my personal favorite, Adam McKay trailer is here. McKay, the filmmaker of The Big Short, is widely regarded as one of the recent years’ most open-minded and brilliant directors. McKay got Academy Award nominations for Best Picture, Best Director, and Best Original Screenplay for his work on the Dick Cheney biopic Vice.

The film stars Actor Leonardo DiCaprio and Jennifer Lawrence as two low-level scientists attempting to warn humanity about an incoming comet that would destroy Earth via a media tour.

McKay stated that the film originated as a metaphor for climate change, saying:

“That is kind of how it started. But then the pandemic hit. What that did was bring out what the movie is really about, how we communicate with each other. We can’t even talk to each other anymore. We can’t even agree. So it’s about climate change, but at its root, it’s about what has the internet, what have cellphones, what has the modern world done to the way we communicate.”

The film will be released in restricted theaters on December 10, 2021, before becoming available on Netflix on December 24, 2021.

While it appears to be a catastrophe movie, Don’t Look Up, is a black comedy at the core. It is aimed directly at the 24-hour news cycle and social media in particular. In like manner, it functions as a metaphor for climate change.

Leo DiCaprio appears anxious and panicked in the teaser. I hope he adopts Matthew McConaughey’s breathing method to calm down at the start.

The casting agents should be pretty high during the production of the movie. This has to be the highest-paid casting in Netflix history, with Leonardo DiCaprio, Jennifer Lawrence, Jonah Hill, Meryl Streep, and Timothée Chalamet.

I’m hoping this doesn’t end up being one of those films that torture an immensely brilliant ensemble with a terrible script.