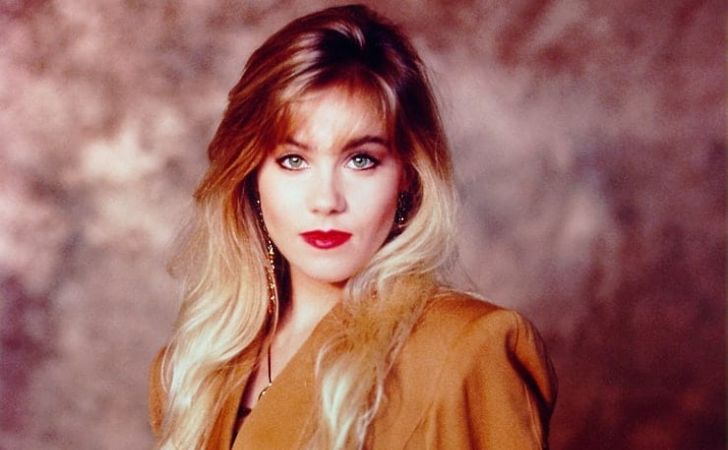 Christina Applegate, popularly known as “Kelly Bundy,” is an American actress, dancer, and producer. She made a television appearance when she was just three months old in the year 1972.

She even played in the commercial for the Playtex baby bottle at 3 and 5 months, respectively. Actress Applegate made her official debut with the horror movie Jaws of Satan in 1981 and from which her journey of becoming a successful movie star started.

She is most famous for playing Kelly Bundy on a sitcom called Married with children from 1987-1997 and got worldwide recognition.

In her adult years, Applegate built a successful film and television career. Her success may is by the awards she has received and for which she has been nominated during her career. Christina has received seven nominations for a Primetime Emmy Award and nominations for four Golden Globe Awards and a Tony Award.

Let’s start with Some Interesting facts about Christina Applegate :

She made her television in the same year she was born alongside her mother. Moreover, the diva was only three months old when she has done her TV commercial. She made her movie debut in 1981, but she came into the limelight when she played sexually promiscuous daughter Kelly Bundy.

Since birth, being in front of the camera made her pretty comfortable in her skin, and with her hard work, she maintained pretty well. Green eye beauty with blonde hair makes cherry on the top of her appearance. In terms of her body measurement, she has a fit body and has a size of 35-25-35.

Christina was born on 1971 on February 25 with a silver spoon to an actress whose mother did do her well. Even though being in the limelight, she did complete her formal education from Excelsior High School.

Later on, she started to pursue her career in acting, being a full-time actor.

Applegate built a successful film and television career in her adult years, earning a Primetime Emmy Award from seven nominations and being nominated for four Golden Globe Awards and a Tony Award.

For her portrayal as Jen Harding in Dead to Me, Applegate got two Primetime Emmy nominations for the category for Outstanding Lead Actress in a Comedy Series for her work in seasons one and two. Actress Applegate was also nominated for a Golden Globe and a Screen Actors Guild Award, and a TCA Award.

Who is Christina Applegate Husband? | Relationships and personal Life

In 2001 Applegate married an actor Johnathon Schaech but got divorced after four years of marriage due to differences. In 2009 she started dating a Dutch musician and hitched in 2013.  Martin LeNoble was the name of the lucky man. Since their marriage, the couples have one daughter.

In 2008 there was degrade in Christina’s health as she had first-stage breast cancer. It was no life-threatening. It was cancer-free after a double mastectomy.

With all the movies and TV shows, one can assume that she has achieved a lot. As of 2021, Christina’s Net Worth is about $25million. She had earned not only from her movies but also from Broadway shows, different commercials.

Christina, the vibrant singer, and actress has had a successful career and, as a result, has a sizable social media following. Christina is not very active on social media, which is reasonable given her hectic daily schedule and profession, even though she understands the significance of social media and social media followers in an actor’s life.

She claims that she does not use Instagram and solely uses Twitter. The rationale for utilizing Twitter is for work-related purposes as well as connections with fans.

In this age, all the media superstars do use social media. It provides a platform for self-promotion and helps them advance in their careers. Actress Christina uses Twitter, and her Twitter handle is

Christina was born on November 25, 1971, in Hollywood, California