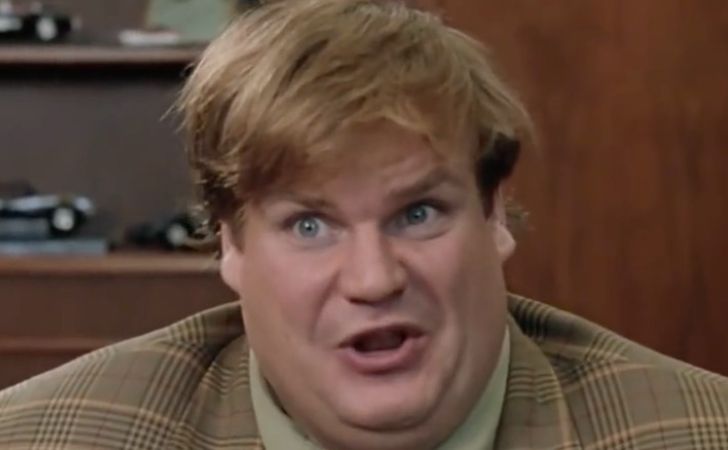 Chris Farley was a gifted actor and comedian from the United States. He was most recognized for his boisterous, high-energy comic approach. His talent and hard effort may be assessed by his membership in Chicago’s Second City Theatre.

Between 1990 to 1995, he rose to popularity as a cast member of the NBC sketch comedy show Saturday Night Live. Similarly, Chris has appeared in films such as Beverly Hills Ninja, Airheads, and Tommy Boy are a few of his well-known films.

Christopher Crosby Farley was Chris Farley’s full name. On February 15, 1964, he was born. Actor Chris was born in Madison, Wisconsin, and grew up in Maple Bluff, Wisconsin. His father’s name was Thomas John Farley, Sr., and he owned an oil firm. Similarly, his mother’s name was Mary Anne Crosby, and she was a housewife.

Chris has always considered himself fortunate to have grown up with his four siblings: Tom Jr., Kevin, John, and Barbara.

The Farley’s are devout Catholics from Ireland. As a result, Chris was also raised in a Catholic household. Farley attended Madison parochial institutions, including Edgewood High School of the Sacred Heart.

Actor Chris earned a double major in communications and theater from Marquette University in 1986. He acquired a passion for comedy while playing rugby at Marquette.

After college, Chris worked for his father at the Scotch Oil Company. He initially studied the technique of improvisational comedy at the Ark Improv Theatre in Madison, where Dennis Kern taught him.

Farley traveled to Chicago, where he first performed at Improv Olympic. He subsequently began attending Second City Theatre in Chicago on the same day as Stephen Colbert. In 1989, he was elevated to their main stage and appeared in three revues:

On February 15, 1964, Chris Farley was born in Madison, Wisconsin, in the United States. He died on December 18, 1997, at the age of 33, in Chicago, Illinois, United States, of accidental cocaine and morphine overdose.

Chris Farley Cause of Death

Chris Farley died on December 18, 1997. He was 33 years old. An autopsy found that Farley’s cause of death was from a speedball overdose of cocaine and morphine.

Farley was discovered dead in his room in Chicago’s John Hancock Center by his younger brother, John. Farley’s death has been linked to his SNL idol John Belushi, who died at the same age from a similar mix of drugs.

Farley’s funeral was held privately on December 23, 1997, at Our Lady Queen of Peace Catholic Church in his birthplace of Madison, Wisconsin.

At the time of his death, Chris Farley’s net worth was $5 million. Farley’s net wealth was primarily derived from his roles in “Saturday Night Live” and films.

Who was Chris Farley Wife?

Chris Farley never got married. He was said to have dated Erin Maroney. Chris dated Karen Duffy for a brief time in 1993. Nonetheless, their relationship did not endure long and was terminated.

During the Hollywood Walk of Fame ceremony in 2005 for Chris Farley, a lady named Josette Doyle stated that she and Chris had a one-night stand in December 1996, which resulted in the conception of her son, Sterling Farley Doyle.We are unable to confirm whether or not Josette’s allegation is true.

Who is Chris Farley Son?

During the ceremony of 2289th star on the Hollywood Walk of Fame in 2005 for Chris Farley, a lady named Josette Doyle stated that she and Chris had a one-night stand in December 1996, resulting in her son’s conception, Sterling Farley Doyle.

Josette Doyle, an ex-model, claimed her son Sterling in 2005. Then, Farley Doyle was born following a one-night affair with Chris in December 1996.

Sterling was born on September 5, 1997, at Cedars-Sinai Medical Center in Los Angeles. She said Farley was not present at the hospital for the birth.

Chris’ brother Tom Jr., who co-wrote Chris’s biography, stated in an exclusive interview, “We’ve never received a call from Josette. There’s not a shadow of the reality to this.”

We cannot confirm the news that the claim by Josette is valid or not. But currently, Sterling is in good health. Even the documentary released on Chris Farley did not reference his most controversial legacy – his purported love child.

We cannot confirm whether or not Josette’s Josette’s allegation is true. Sterling, on the other hand, is now in good health. Even the documentary on Chris Farley made no mention of his most contentious legacy of his child and one nightstand.

Chris has always considered himself fortunate to have grown up with his four siblings:  three brothers Tom Jr., Kevin, John, and one sister Barbara.

John and Kevin Farley are well-known American actors. Likewise, Tom Farley is Writer. The Chris Farley Show is a biography written by Tom Farley about his brother, Chris Farley.

Kevin Farley is an actor, comedian, writer, producer, and director from the United States. Actor Kevin, like Chris, went to and graduated from Marquette University. Kevin is most known for his roles in films, songs, and directing films.

Farley starred in the HBO comedy Curb Your Enthusiasm and Tommy Boy, Black Sheep, and Beverly Hills Ninja. He was in The Waterboy and Dirty Work.

John Farley is a comedian and actor from the United States. He is Chris Farley’s younger brother. Farley has earned several jobs from his elder brother’s former SNL cast members.

Among his major cinematic credits are The Waterboy and The Benchwarmers. In minor parts, he also appears in You Don’t Mess with the Zohan, Joe Dirt, Almost Heroes, and Extreme Movie.

Farley and his brother, Kevin, featured in the documentary I Am Chris Farley, about the life of his brother, Chris, in 2015, among many other Hollywood luminaries, including Adam Sandler and Dan Aykroyd.

He started The Chris Farley Foundation using the same skills he had learned in his business career.

He pioneered comedy and other novel communication strategies to convey information about the risks of drug and alcohol misuse to children, teenagers, and young people.