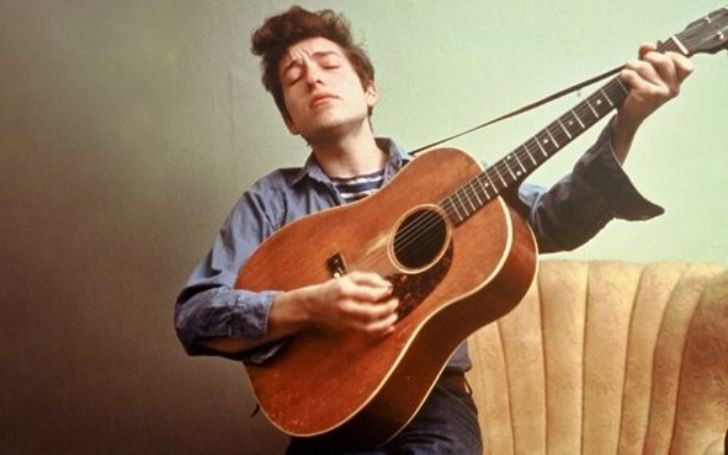 “Some people feel the rain, others just get wet”– Bob Dylan. He is one f the rare artist who transcended the genre to become a worldwide acclaimed songwriter, performer, and musician of the 20th and 21st centuries. Not to mention he is the first songwriter ever to receive a Nobel Prize in Literature.

A man of caliber, Bob has accomplished tremendous things in his life and is striving forward to play music until his last day. There is no denying that this man has created a milestone that changed the course of music today.

Some of his exquisite pieces include Like A Rolling Stone, Tangled Up in Blue, Lay Lady Lay, Visions of Johanna, Blowin In The Wind, Just Like A Woman, Girl from the North Country, Mr. Tambourine Man, Simple Twist of Fate, Idiot Wind, Don’t Think Twice, It’s All Right to mention few.

Today, we will be talking about this legendary singer who has inspired a generation to follow their dream and passion. Let’s get started with some quick facts;

What Is Bob Dylan Real Name? Why Did He Change His Name?

This legendary singer was born as Robert Allen Zimmerman in St Mary’s Hospital located in Duluth, Minnesota. Bob revealed that the main reason why he changed his name to Bob Dylan was as he was about to adopt the name, Dillion.

During that time, he went through the poems of the famous Dylan Thomas and thought, why not. He also revealed in a 2004 interview that,

“You’re born, you know, the wrong names, wrong parents. I mean, that happens. You call yourself what you want to call yourself. This is the land of free.”

Dylan was born to father Abram Zimmerman and mother Beatrice “Beatty” Stone, who belonged to a Jewish community. His parents used to run a furniture ad appliance store.

Added to that, Bob was blessed to have a younger brother David Zimmerman. From an early age, this man was keen on music and used to listen to the radio. At first, he enjoyed listening to blues, country stations and adored rock and roll as a teenager.

As for education, Thomas enrolled in Hibbing High School. This singer used to perform the cover songs of legendary musicians Elvis Presley and Little Richard in school. Moving on, he also studied at the University of Minnesota.

How Old Is Bob Dylan? Is He Sick?

Born in the year of 1941, Bob will be 80 years old in 2021. He celebrates his birthday each year on the 24th day of May and falls under the sun sign of Gemini. He stands tall at a marvelous height of 5 feet 7 inches which translates to 171 cm.

Despite the fact that Bob is in his 80’s he is still producing soothing ear music and seems to be in good shape. Added to that body weighs about 67 kg translates to 148 pounds. The special feature of this handsome is his thin mustache, sight body frame, and whatnot.

In addition to this, Dylan’s chest measures about 36 inches or 91.5 cm, arms and biceps about 12 inches or 30.5 cm, and waist about 40 inches or 102 cm. He used to have short curly dark brown hair, which turned into salt and pepper due to his growing age. Not to mention Bob is blessed to have ocean blue eyes.

On October 13, 2016, the prestigious Nobel Prize committee decided to honor the greatest singer Bob Dylan’s Nobel Prize in Literature. According to them, he created a new poetic expression within the great American song tradition.

Upon hearing the news, Bob stayed silent for a couple of weeks, and Swedish Academy announced that he must travel to Stockholm for the Nobel Prize ceremony or he would not receive it. Soon on December 10. U.S. Ambassador Azita Raji delivered his piece of speech to the crowd.

In the speech, Bob revealed that the three most important book that made a huge impact on his life was Moby Dick‘s, All Quiet on the western front by Erich Maria Remarque and Odyssey by Homers.

This 80 years old singer also thanked Don Quixote, Robinson Crusoe, Ivanhoe, A Tale of Two Cities, and Gulliver’s Travel to provide him with all the sensibilities and principles. In addition to this, Bob accepted a huge sum of $900,000 from the committee.

Who Is The Wife of Bob Dylan? Does He Have Kids?

Being one of the iconic singers of all time, Bob garnered a lot of attention, especially from women. As a matter of fact, Dylan has been with many women and married a few of them. His first love was beautiful Suze Rotolo.

Back on November 23, 1965, he was head over heels for Sara Lownds, who was active as a secretary and model. They were delighted to have their first child Jesse Byron Dylan on January 6, 1966.

Last but not least, Dylan had a fling with a backup singer named Carolyn. On the 31st day of 1986, they welcomed their child Desiree Gabrielle Dennis Dylan. Soon they tied the knot on June 4, 1986, but broke up in October 1992.

What Is The Net Worth of Bob Dylan?

This man has been active in the music industry for more than five decades. In 2021 Bob’s net worth reached $375 million. As a matter of fact, this singer’s songs have been covered by more than 6000 famous artists. Some of them were even more famous than his original song.

Every time his song was sold, covered, and streamed, Bob got pad with handsome money. Recently his earning from the catalog royalty stream reached $15 million. Additionally, in 2020, this beautiful singer sold his song catalog to the Universal Music Publishing Group.

Although the selling price was revealed to be $300 million, the amount was stand corrected to be $400 million a year later.