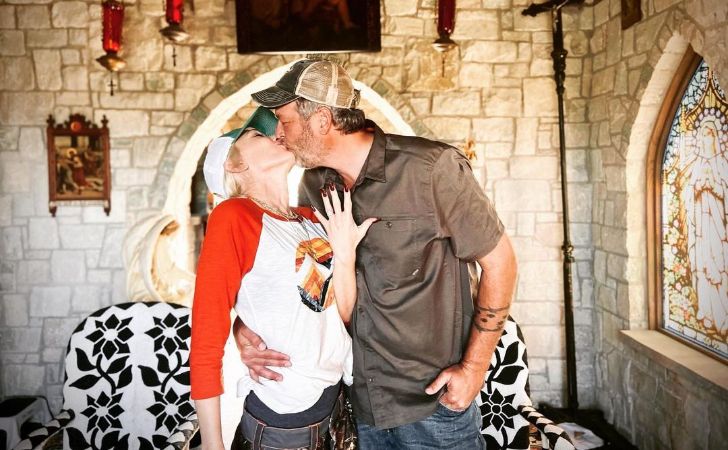 The Voice coaches Blake Shelton and Gwen Stefani always had the voice in a positive manner for each other. Blake Shelton marries Gwen Stefani in a private chapel located in Oklahoma. The good news did hit the audience recently and has left them in awe. Both the couple has been in good stead for a long time and walked down the aisle in a private event in the state.

It was in the initial year of the 2014 coaching spree when they needed and found each other’s support. Interestingly in a very short time, they were holding hands for red carpets, going duet for the romantic songs, and also giving the showbiz world the couple goals that were missing. Everybody knew they would hitch up and it did happen in the end.

Who are Blake Shelton and Gwen Stefani?

Blake Shelton is a well-known country singer who made his debut with the song Austin. Since then there has been no looking back for the music star. Don’t Make Me,  the More I Drink, Neon Light, Lonely Tonight, etc are some of his hit numbers that can get you groovy all along. Being the coach for The Voice in 2014 made him famous.

On the other hand, his better half Gwen Stefani is a famous American singer and songwriter. The flawless diva has given the music world some great hit numbers. Her association with the No Doubt band makes things special. Just a Girl, Spider Webs, It’s my Life are some of the famous songs by her.

When did Gwen and Blake Get Marry?

Both Gwen Stefani and Blake met in 2014 during their work in the Voice. From the airing of the show, fans were able to recognize how good their bond was. After dating for six years both the couple decided to get engaged in October 2020. It was a musical occasion but with fewer people being invited.

With the engagement taking place everybody waited for their marriage and the day is here. The marriage ceremony took place on 3rd July 2021 in a private chapel at the resident of Blake Shelton in Oklahoma. It is a perfect pairing as both of them belong to the same fraternity and also a heartbreaking background.

With their compassion and love, the pair have recorded a lot of duets together. Nobody But You, Happy Anywhere, You Make It Feel Like Christmas are some of the duets. The best thing is Nobody But You even won the CMT Music Award in 2020.