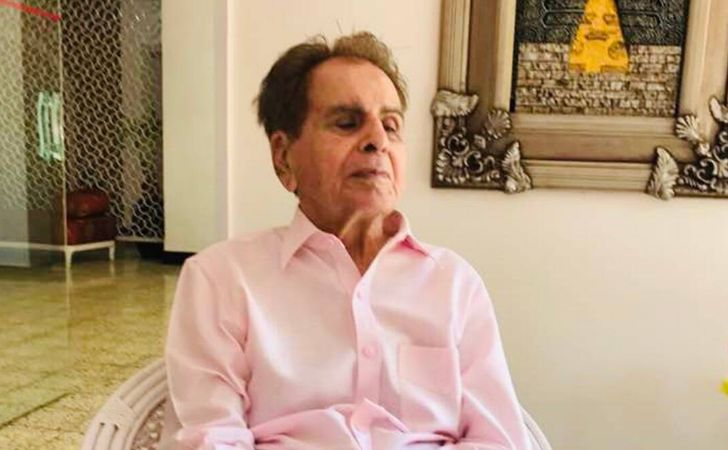 Legendary actor Dilip Kumar passed away at 98 in Mumbai. The legendary actor has done a great service to the Indian film fraternity and has passed away on the morning of 7th July. It is not an unknown fact that the actor has seen a lot of ups and downs. The acting career that spanned the period of 54 years is significant.

The Mughal- E- Azam actor for a long time is battling diseases. This has reached the maximum on the morning of 7th July, when the world lost a star. He was witnessing age-related health issues and come in and out of the hospital was a norm. In the present context, the actor was admitted to the ICU department of Mumbai’s Hinduja Hospital.

On 7th July when a family friend of Dilip Kumar, Faisal Farooqui comes out with the news on social media, their heart becomes heavy. The better half of Dilip Kumar, Saira Banu is the strong pillar for his life. She has been with the actor for a very long time through the highs and lows of his career.

On June 30 when the actor was admitted to the hospital, Saira stated that he was okay and the health condition was stable. But the complications from the health span took the actor away from the audience.

With every reader wanting to know the cause of the death, here it is. The actor complained of breathlessness and was admitted to the hospital. Later Dilip was diagnosed with bilateral pleural effusion that resulted in a build-up of excess fluid between the layers of pleura outside of the lungs.

Although Dilip Jee underwent a successful pleural procedure, the actor didn’t come back from that. It is a huge loss not only for the fans but also for the overall acting fraternity.

End of a legacy

With the passing away of Dilip Kumar, an entire legacy of acting is done and dusted. The contribution provided by the actor has been immense over the course. He has been actively involved in acting for the past six decades. With the likes of Mughal-e-Azam, Jwala, Nadiya Ke Paar, and many more, Kumar Jee will be with us.

Other than the acting prowess he is a worthy award winner too. Dilip Kumar was awarded Padma Bhusan in 1991 and Padma Vibhusan in 2015. Surely his memory remains with the fans.